I always knew that I was born to be a mother. I have two beautiful children who give me
everything I could ever ask for. But somehow, I felt that if I had a pet, it would really make
a difference. To me. To the kids. To the family. And I knew for a fact that pets are harder
than children. Why, you ask? Because children grow up at some point in time and ask
for what they want. Course, after a while, that can also be a problem because they
never stop asking.

But with a pet, I knew that it would be a whole new ball game altogether. Did I mention
my kids have wanted a pet forever? But I always kept postponing it. I told them that we
are not ready. And we were not. If they cannot put their toys and books back in its place
if they cannot brush their teeth twice a day and make their to-do list regularly, how could
they take care of the pet?

So we wrote down a list of things that they needed to do to convince me that they can
handle a pet. The fact that they made a list and started working on it encouraged me.
It was my turn to do what I promised. I reached out to Rajeshwari. I had only a million
doubts which she was super sweet enough to patiently clarify. We decided to adopt a kitten.

Many people wondered why we would pick a kitten over a puppy. But something told me
that a kitten would be our choice. Kids also wanted one. And Rajeshwari sent us the picture
of one. And we fell in love with him instantly. If anyone tells you that love, at first sight,
is not true, do not believe them. Seeing as we are huge superhero fans, we decided to
name him Marvel. He had Marvel written all over his face in that picture. Cute innocent
eyes yet with a touch of mischief. Big and round, staring into the camera like he was posing. 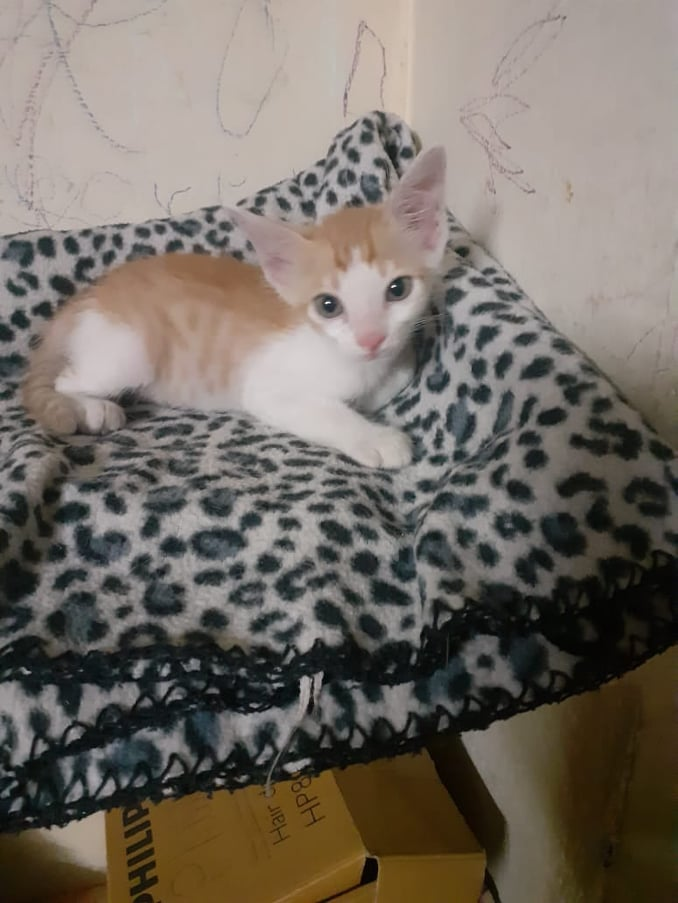 Marvel came home within four days. My kids - aged 12 and 7 - were jumping with joy.
We had also requested Raje to send us a litter box and some food for him. The first two
days, it was more about letting him get adjusted to the new environment and telling the
kids to give him the space he needed to get to know us. We introduced Marvel to the
bedroom - where he would be with us. He found some sweet spots inside a cupboard
that we vacated and a cardboard box. He slowly started walking the house and then
came to us on his own. 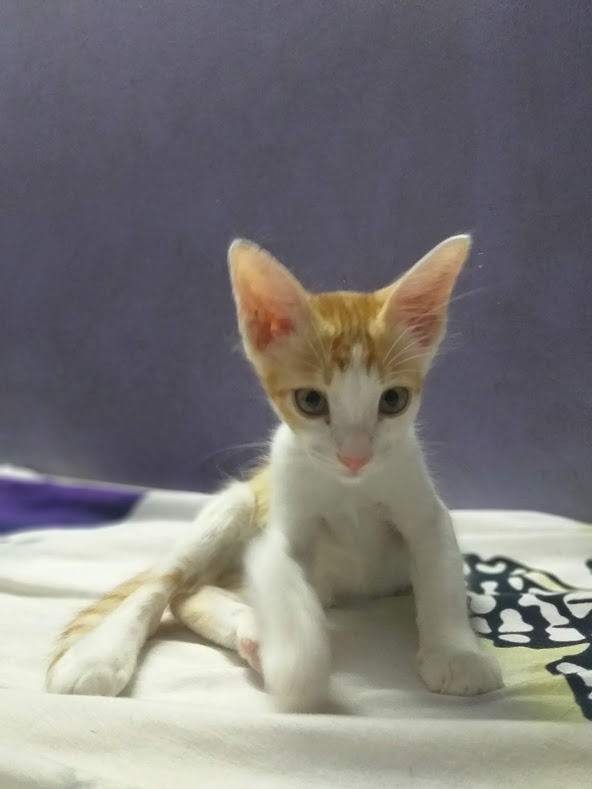 My husband took his time to get adjusted to the kitten at home. But Marvel found his way
into everyone’s heart. My husband was no exception. Now Marvel walks around like he owns
the place. He demands attention when he wants it. Else he plays with his toys and sleeps
when and where he wants. More often than not, he cuddles up next to us and sleeps during
the day. He is happy to jump on my lap and ask me to massage him casually while he drifts
off to what looks like a dreamless sleep. He knows that he has to sleep in his place in the night.
He waits for me to pick him up in the morning and then gives me the warmest licks and snuggles
up to me for two minutes before demanding food. 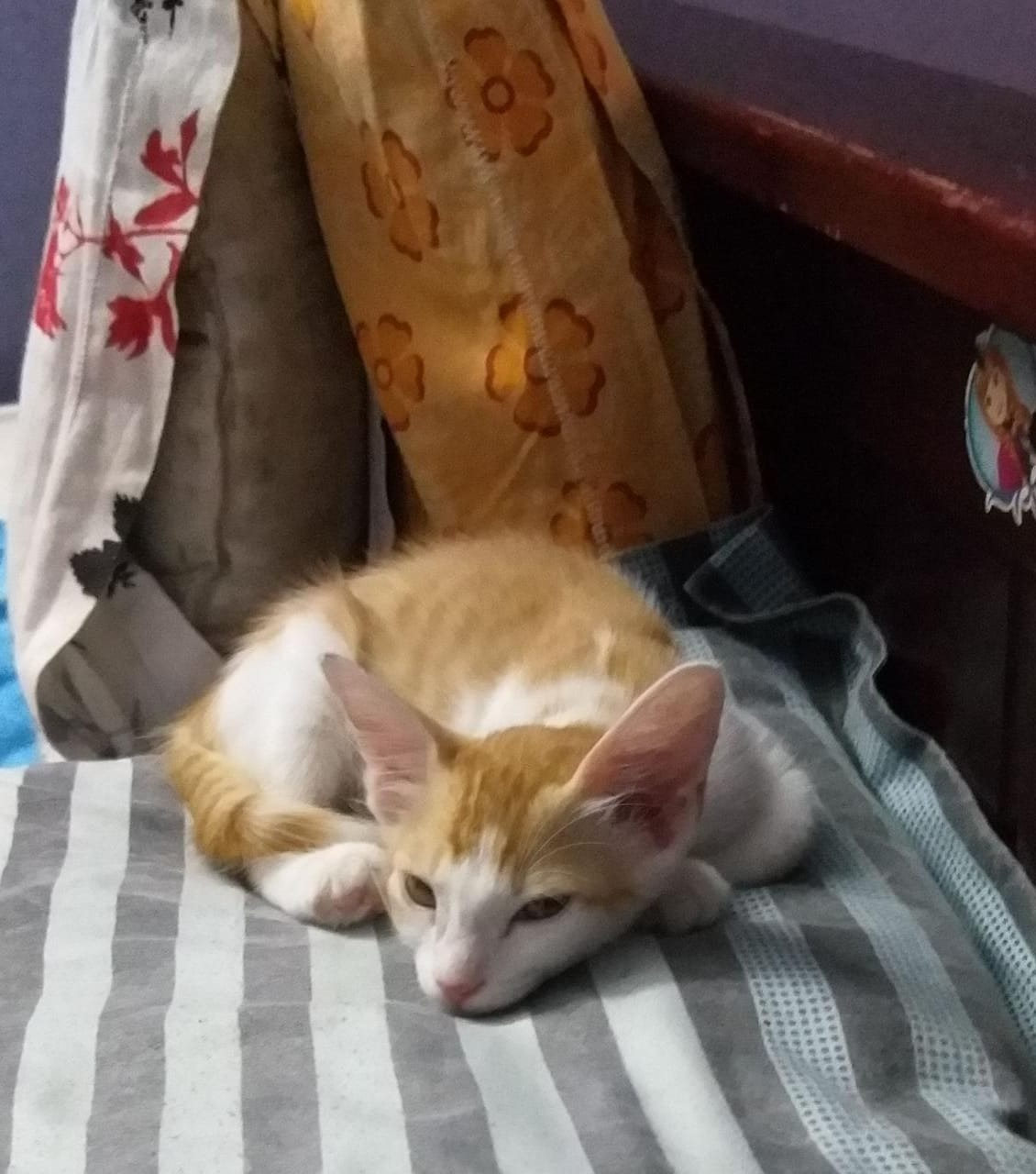 Marvel does not like to be alone. He makes sure that we are always in the room with him.
He is a lot of fun to be around and brings us so much happiness and laughter. He’s a naughty
one, always trying to climb anything he can. He’s full of life and adventure. And when he looks
at you, you cannot help yourself. You will want to pick him up and cuddle him. ‘Course if you do
not understand what he is trying to say, you will get it from him. He is very articulate in his own way.

Marvel is an excellent addition to my family. My kids help me take care of him. They clean his
litter box, feed him and always keep an eye on him. He keeps an eye on us too. We are truly a
family in every sense of the word. 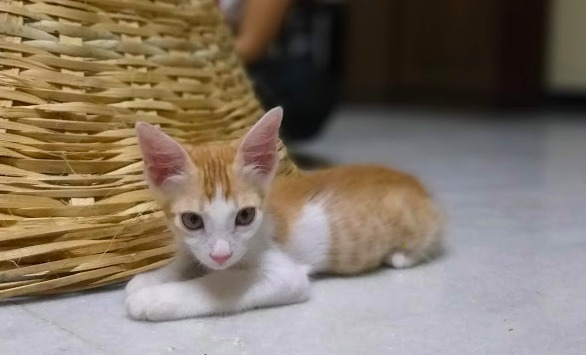